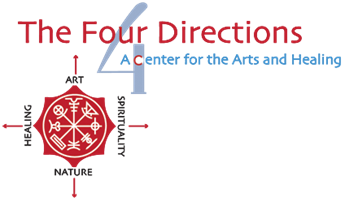 The Andrea Beaton Trio from Cape Breton in Concert!

Harvest Home is a monthly series of concerts performed by musicians who have immersed themselves in traditional music and achieved acclaim and recognition as 'Tradition Bearers' in their respective fields. This series of Traditional Music is sponsored by George Balderose of the Balmoral School of Piping and Drumming and, with much appreciation, is hosted by The Four Directions - A Center for the Arts and Healing.

Andrea Beaton, “a powerful Cape Breton fiddler, composer and stepdancer”, is one of the most accomplished and well-known fiddlers from the newest crop of Cape Breton musicians. Andrea Beaton comes from a long line of musicians, composers and dancers. She is an award-winning fiddler, tune composer and recording artist who is known for her powerful bow, the drive and swing of her timing and the crispness of her attack. She tours and teaches internationally and is in great demand as a teacher at music camps and fiddling/dancing workshops.

She has released 5 solo albums, one duo album with her father, Kinnon Beaton, and a book of her original tunes. she also recorded an album with her family "The Beaton family of Mabou" in 2007 for the Smithsonian Institute. Most of her solo albums were nominated for awards, and her 2010 CD, 'Branches' won the Canadian East Coast Music Awards (ECMA) "Instrumental Recording of the Year"

Andrea travels the globe, sharing her culture as well as exploring and writing contemporary tunes. Her music, dance and comical stories are sure to delight any audience. She learned her tradition from her family, but her music is at once her own, deeply rooted in the tradition of Cape Breton’s Mabou Coal Mines.

"…Andrea Beaton is a force to be reckoned with, a powerful player with great technique and tremendous passion."

Although Dick Hensold has played a number of musical styles over the years, his first passion was early music. He got a Recorder major from Oberlin Conservatory, and worked with the Chicago Early Music Consort for a few years before he moved to Minnesota in 1984. There he played with the Lyra Concert Baroque Orchestra, performing about 15 different recorder concertos. He also played with Ex Machina,Circle of Sound, and did a few ad hoc programs on the St. Paul Early Music Series, the two most memorable of which were a program of lute and recorder music with lutenist Dirk Freymuth, and a baroque hurdy-gurdy program with masters of the 18th-century French hurdy-gurdy Claude Tailhades and Bob Green. He has also worked on a number of projects at the Children’s Theater Company, The Guthrie,Theatre de la Jeune Lune, and others, on several of which he served as music director. One project,Ruth MacKenzie’s Kalevala, released a CD on Northside Records in 1998.

Dick states that "Cape Breton fiddle tunes are really fun to play on Northumbrian smallpipes, since their style is inherently crisp and rhythmic, with similarities to the Northumbrian staccato style". His interest in the music of Cape Breton Island goes back 10 years or more, and At Celtfest 2005 (in British Columbia), he met Troy and Kenda MacGillivray from Antigonish, Nova Scotia, and was inspired both by their deep, effortless, and spirited virtuosity, and their comments and encouragement. Troy MacGillivray recorded one of his compositions later that year on his solo album.

He also had an opportunity to study with violinist David Greenberg and Highland piper John MacLean in Halifax (2005-present). In 2006 he received the highest honor awarded to independent artists in the upper Midwest region, the Bush Artist Fellowship, in the Traditional and Folk Arts category (the fellowship is from the [Archibald] Bush Foundation in St Paul; no relation to America's presidential dynasty). He used the grant for study and research, and for travel to Scotland, England, and Cape Breton Island, Nova Scotia. And also for buying more bagpipes!

“Dick Hensold is a master piper with an exquisite touch.”

Joining Andrea and Dick will be Pianist Tyson Chen. Tyson is a freelance pianist, accompanist, and piano teacher based in Ottawa, Ontario and Cape Breton, Nova Scotia.

Tyson currently performs an eclectic mix of musical styles includingCeltic, popular, classical, and jazz. He complements his performances by teaching workshops and private lessons with a focus on Cape Breton piano accompaniment. Audiences, musicians, and students are drawn to his vibrant piano performances, engaging personality, and professionalism.

He started playing classical piano at a young age, soon embracing many other solo and accompaniment piano styles, and studied classical and popular music in Ottawa, where he grew up, and at The Royal Conservatory of Music. Living in Mabou, Cape Breton In recent years, he has lived and breathed Celtic music in the heart of Cape Breton where he has become a popular piano accompanist among fiddlers. He is in demand at ceilidhs and dances all over the island due to his mastery of of the driving, intricate Cape Breton piano style.

His performances range from high-energy stage productions to intimate musical gatherings. He has played for international festivals, musical theatre, and cruise ships as well as square dances and ceilidhs, and community events.


Cape Breton Island, at the Eastern end of the Canadian maritime province of Nova Scotia, was settled about 200 years ago by some 50,000 Gaelic-speaking Scottish Highlanders. Because of the Highlanders' isolation, Cape Breton is believed to authentically preserve many aspects of 18th-century Highland Scots Gaelic culture, particularly its music and dance.

George Balderose hosts a series of concerts each month performed by musicians who have immersed themselves in traditional music and achieved acclaim and recognition as 'Tradition Bearers' in their respective fields. The first three concerts are already staged and will be wondrous! The June 6th concert will feature George Balderose on the Bagpipes and Richard Hughes on Flute and Guitar. The July 25th Concert will feature the great Blues and Ragtime guitar player, Ernie Hawkins, a must see! The August 29th Concert will feature Doug Van Gundy and Paul Gartner of 'Born Old'. Doug plays fiddle, guitar, harmonica, mandolin and vocals, and Paul anchors the music on banjo, fiddle, guitar and vocals. Both are blue-ribbon winners on their respective instruments. Much more information will be forthcoming on all these incredible musicians, as well as the Harvest Home Concerts to follow these three introductions. Seats are limited, so be sure to get your tickets early! George Balderose over the last 30 years has studied with many of the world’s great Scottish piping masters. He is the founder of the Balmoral School of Piping, the foremost summer school in the USA for the learning of the bagpipes. In 1981 he received the degree of “Senior Piper” from the College of Piping, Glasgow, Scotland. A New York Times reviewer described George as having a "virtuoso's gift" and in the words of another he is a "virtuosic piper". Since 1975 he has performed at numerous concerts, festivals, and many other occasions. Each November George and the Balmoral School produce the Balmoral Classic, featuring the US Junior Solo Bagpiping and Snare Drumming Championships in Pittsburgh. For more information and to see our Harvest Home Page  and to register see our Eventbrite Events Page

(Children 10 and older are welcomed)

Mare Cromwell
Insights from the Great Mother Bible,(Talk) Friday, August 1st, 7:00 PM
Nature as Sacred Teacher & Healer, (Two Day Workshop) Saturday August 2nd - Sunday, August 3rd
Nature is hard-wired to heal. She is constantly scattering seeds and animal poop to reclaim urban lots or abandoned lands. She also offers subtle healing experiences to all who chose to leave the comforts of their cars or homes to walk amongst the trees and wild areas. Who or what is Nature and what does she offer us as a wise teacher of sacred ways, of healing ways? How can we connect more deeply with this very wise teacher who is our Mother here on this planet?
Within this workshop we will cover:
-       Who is Earth Mother?
-       Spiritual practices to connect more deeply with Nature.
-       Ways that Nature/Earth Mother communicates with us.
-       Plant Spirit Medicine
-       Deepening your relationship and awareness of life around you
-       Ceremony with Sacred Fire

This workshop is based on award-winning author Mare Cromwell's eighteen years of studies with Native American teachers along with her background as a professional sacred gardener and environmental educator Mare’s background is rooted in environmental work as a National Park Service Ranger in the Grand Canyon and Alaska. She has Masters in Natural Resources,  that grew into international work in the 1990s and leading environmental sustainability workshops on a corporate level.
For more information see our page on Insights from the Great Mother Bible and Nature as Sacred Teacher & Healer

Harvest Home is a monthly series of concerts performed by musicians who have immersed themselves in traditional music and achieved acclaim and recognition as 'Tradition Bearers' in their respective fields. This series of Traditional Music is sponsored by George Balderose of the Balmoral School of Piping and Drumming and, with much appreciation, is hosted by The Four Directions - A Center for the Arts and Healing. Please also see our other concerts in the Harvest Home Series!

Melinda Crawford, a U.S. National Scottish Fiddling Champion, is a frequent and popular performer throughout the United States and beyond.  Always drawing a crowd, she has been heard at everything from highland games and Celtic festivals to a Hard Rock Café and Esterházy Palace in Austria.  She has also had the honor of performing for the 37th Lord Lyon King of Arms of Scotland, David Sellar.

A well respected teacher, Melinda has been repeatedly invited to present educational sessions at national conferences to school string teachers about how to teach traditional Scottish fiddling in the classroom.  She is an instructor at the Jink & Diddle School of Scottish Fiddling in North Carolina.  Melinda conducts workshops on Scottish fiddling all over the US and teaches Scottish fiddling privately and internationally to many students over the internet.  She frequently judges Scottish F.I.R.E. competitions at highland games and has judged previous F.I.R.E. national championships.

Melinda is currently residing in western Pennsylvania where she is an assistant professor of music at Westminster College.  At Westminster, she is the string education specialist and directs both the symphonic orchestra and Ceòl na Teud, Westminster's Scottish string music group. Though she most frequently performs with pianist Dan Perttu, she also performs with Pittsburgh-based, Scottish/Irish group, Road to The Isles.

To hear parts of her tunes from her CD "The Sheiling Braes", go to Melinda's Store here:

"The Sheiling Braes is a recording through which her enthusiasm for the genre fairly flies off the disc. The racks display high energy and she has the fiddle 'speakin' the Gaelic' very well indeed. You'll want to listen to this one many times."

Seating is limited in our wonderfully intimate and beautifully acoustic "Great Room", so please order your tickets early here (tickets are available online only): http://bit.ly/melinda-crawford-concert.  BYOB and potluck munchies. We look forward to seeing you here!